Galaxy Note II off to Hot Start on T-Mobile, Sprint 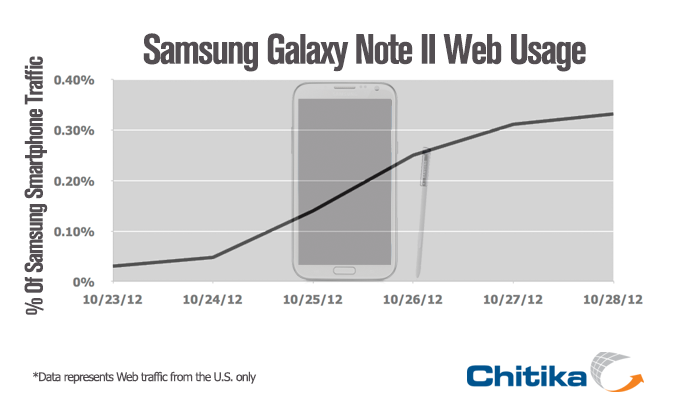 Like the original model, the large screen of the Samsung Galaxy Note II exemplifies a new breed of hybrid devices, incorporating a 5.5 inch screen that’s only slightly smaller than a 7 inch tablet. This makes the device making capable of comfortably running some applications originally targeted for tablet users. Each major carrier is releasing a version of the Galaxy Note II at varying points this fall. Chitika Insights looked to quantify how well the Samsung Galaxy Note II is being adopted with its large screen size and staggered releases.