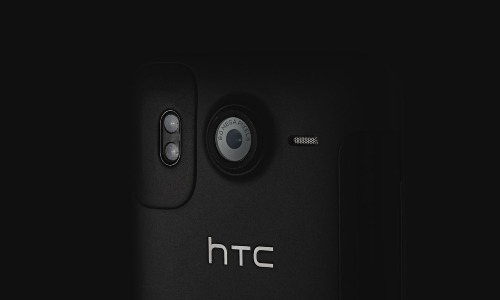 It’s been quite a while since Chitika Insights took a look at the individual phones and tablets that make up the wealth of devices running the open sourced Android OS. Last June, Chitika Insights took a look at these numbers, and saw a market dominated by the Motorola Droid, with the HTC Evo having already made significant inroads by catching the much maligned Nexus One within days of release.

As with any good modern technology, however, things change quickly. Thanks to the release of another Google device, the Nexus S, on the Sprint platform, Chitika Insights was inspired to take another look at the ever changing North American market. What we found was quite the different distribution: 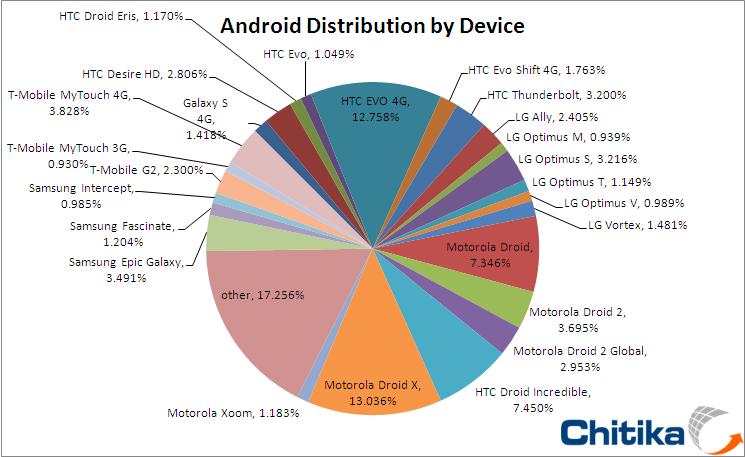 Or, in table form:

The most note-worthy observation is the change at the top of the heap; while the Droid was king for years, it has finally been replaced at the top by a battle between its successor, the Droid X, and the aforementioned HTC Evo 4G. While neck and neck, the Droid X has jumped to the slightest of leads within the Chitika network. The former king, the Droid, has dropped to fourth place, though well ahead of the fifth most popular MyTouch 4G on T-Mobile.

Also of note is the “long tail” of Android. While a year ago, the top 15 devices made up almost 92% of Chitika’s Android traffic, now this total has dropped to just 71.7% and the top 25 just 82.7%, implying a much larger amount of choices within the Android market. It has been, in part, this volume game and the sheer mass of available devices that has allowed the operating system to skyrocket, and one should continue to expect quality devices to be produced on this platform.

If you’re an Adobe Illustrator user, you know how frustrating it is to design something and not be sure if it’ll actually look good on real people. Well, Poll the People is here to help! We offer a free signup so you can test your designs on real people and get honest feedback. So what are you waiting for? Sign up now and start testing!

LinkedIn Goes IPO, Why Aren't You Marketing There?

Over 65 iPads for Every Motorola Xoom Exemplifies Apple's Tablet Dominance

Google Dominant in Competitors’ Back Yards

Ask.com Users are the Most Verbose Internet Searchers