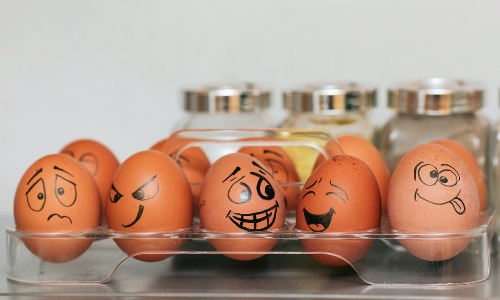 Back in July, we looked at how often Bing users clicked on ads when compared to Google and Yahoo! users. Bing users showed a 50% higher ad click rate than Googlers, so at the time our preliminary conclusion was that Bing’s success was being driven in a big part by Microsoft’s huge, expensive advertising blitz.

Now that December is upon us, and Bing keeps showing its ability to push Google from a technology standpoint, we decided to revisit and see how the numbers were looking. As it turns out, Bing users are still clicking on ads at a prodigious rate – in fact, the CTR of users who come to the Chitika network via Bing is over 75% higher than those who come from Google. 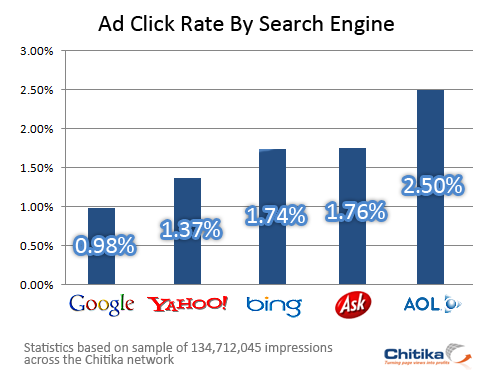 Now, it must be mentioned that Bing is still a distant third place in terms of traffic sent – Google dominates with 84% of search traffic, followed by Yahoo! at 7.40%, and Bing holding at 5.75% (AOL and Ask both have just over 1% of search traffic coming into the Chitika network).  However, all things being considered the same, driving one Bing user (or AOL or Ask user) to your site can be more valuable than driving one Google user.

Numbers are based on a sample of traffic from the Chitika advertising network.

Free signup to test on Poll the People is the best way to improve headlines using usability testing. By testing with us, you’ll be able to see what works and what doesn’t, so you can make the best headlines for your site. Sign up now and get started improving your headlines today!

IOS5 Breaks Into the Market with Record Numbers

Report: iOS Users Driven to Update by Features Rather than Security

The Value of #1 Position on Google For the Ipad